Nothing to display.
Tweets by NEED_estate

The recently opened San Diego Central Courthouse consolidates multiple county courts into a single building. The 25-story tower, located on a former brownfield, is designed to serve as a catalyst for an emerging government district. On its eastern elevation, a rooftop canopy with a soffit of aluminum panels shades the building. At its base, a 48-foot atrium lined with windows serves as the courthouse’s main entry hall. 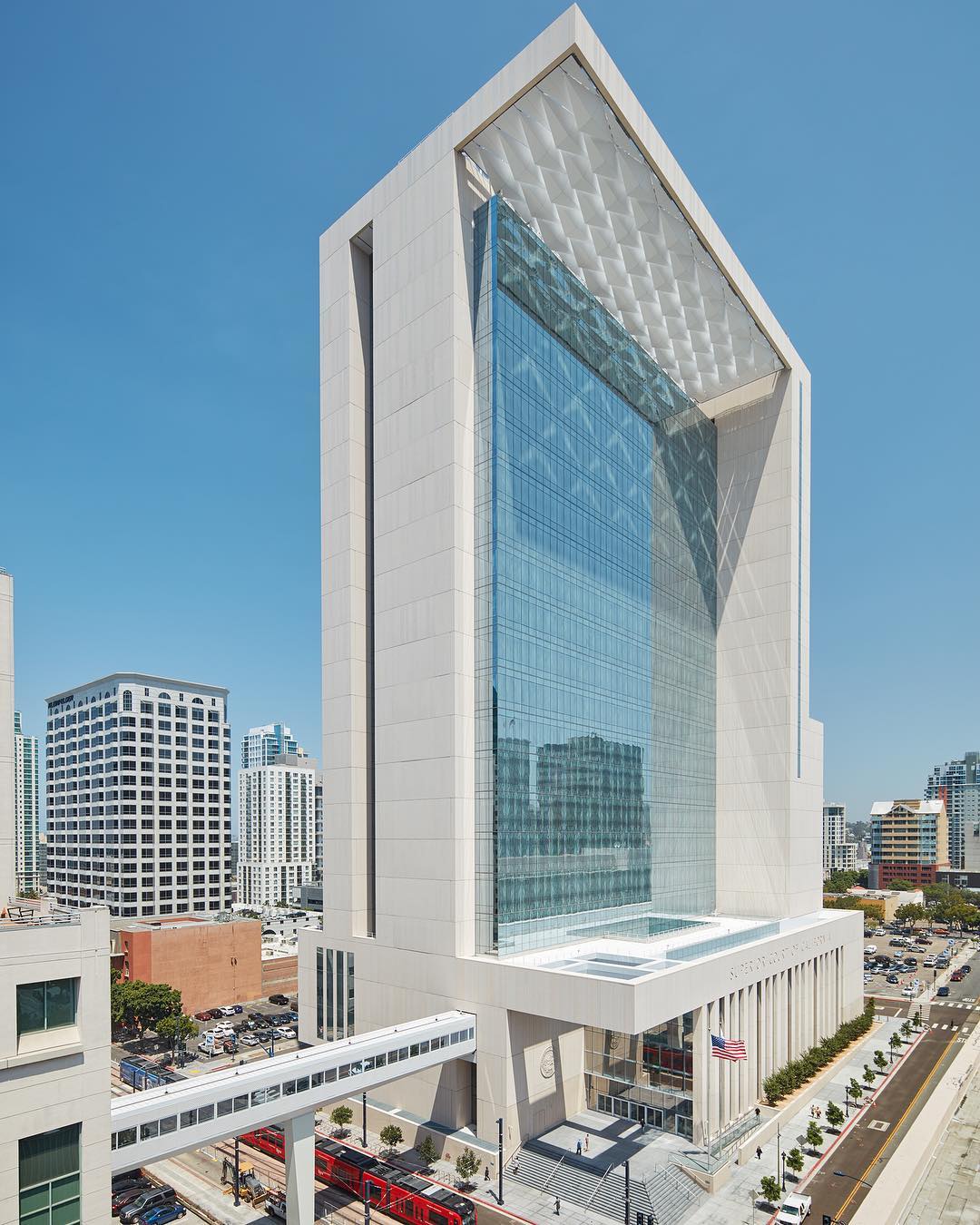 The San Diego Central Courthouse consolidates San Diego County’s criminal trial, family, and civil courts into a 22-story tower in the city’s downtown. In the spirit of civic buildings with a strong but accommodating presence, SOM's design updates this formal repertoire with a language of robust, subtractive massing that encloses a safe and welcoming interior.

The limestone-faced, precast concrete tower and podium, along with a new public plaza, rises from a former brownfield at the intersection of Union and C Streets, and is designed to serve as a catalyst for an emerging government district. The full-block footprint of the courthouse supports the transformation of an adjacent lot into a new public park. Together, the courthouse and park establish a pedestrian landscape with generous sidewalks, planter boxes, and trees.

This project was completed in spring 2017.